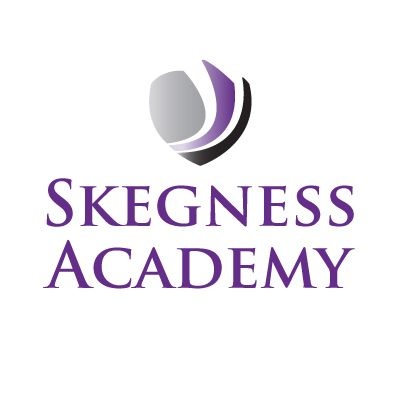 The headteacher of Skegness Academy says he is looking forward to welcoming the Schools Minister after received praise for the 'extraordinary' support for pupils through the pandemic.

Todd Johnson, the Principal of Skegness Academy, was referring to praise awarded to Greenwood Academies Trust by Baroness Berridge, who said she was: "thoroughly impressed by your efforts and very grateful to trusts like yours which are going above and beyond to support those who most need it during these extremely challenging times”.

The Minister wrote to Greenwood’s Chief Executive Officer, Wayne Norrie, following a television news report which focused on the work of Greenwood Academies Trust and its academies in Skegness.

Mr Norrie; Mr Johnson, and Andy Hickinbottom, one of the Trust’s eight education welfare officers in Skegness, were all featured, with Mr Hickinbottom shown visiting pupils’ homes to ensure they and their families are safe and well during lockdown, and able to access online learning.

Throughout the pandemic, the Trust has worked hard to provide pupils at all of its academies, including in Skegness, with devices and internet access, ensuring all pupils can maintain their education.

In total, the Trust has provided laptops to more than 8,000 pupils who would not have been able to access online learning otherwise. This has been achieved by reallocating the Trust’s resources, benefiting from the Department for Education’s laptop scheme and leveraging strong corporate partnerships with Experian, Deloitte, Capital One and DHL.

The Trust has also been working to alleviate the pressures of food poverty, which affects many of their families. This has involved a landmark partnership with FareShare Midlands, providing much needed, and urgent, support to families across Skegness, Peterborough, Corby and Nottingham.

Across these four regions, which have each been severely impacted by the pandemic, the Trust will deliver approximately 20 tonnes of food for 50,000 meals, supporting more than 1,000 children in need, over the eight-week rollout of the programme, which is due to end in April.

Baroness Berridge, who said she plans to visit Skegness Academy after the pandemic and when safe to do so, said in her letter: “I want to thank you for taking the time to highlight the extraordinary work that Greenwood Academies Trust are doing in supporting the most vulnerable pupils and families in Skegness.

"I watched the Sky News video report and was extremely moved by the circumstances of each family in how they are managing the unprecedented challenges brought on by the pandemic.

“I am thoroughly impressed by your efforts and am very grateful to trusts like yours which are going above and beyond to support those who most need it during these extremely challenging times.”

Commenting, Mr Norrie said: “My colleagues across Greenwood Academies Trust go the extra mile and beyond for our pupils and their families every single day and I am very proud of them.

"All the communities we serve mean a huge amount to us and Skegness is no different.

"We hope we are making a difference and will continue to work hard to help change lives for the better."

Mr Johnson added: “Our team is absolutely focused on doing the right thing for all pupils – that is what drives us every day.

"We look forward to welcoming the Minister so that she is able to exercise first-hand what our brilliant staff at all our academies are doing here.”

Many of Greenwood Academies Trust's 37 academies are in areas of deprivation, including Skegness, where it leads six academies.

Of its six schools in the area – Beacon Primary Academy, Ingoldmells Academy (a primary), Skegness Junior Academy and Skegness Infant Academy have now been rated Good by Ofsted. Greenwood and the school’s leaders and teachers have also improved Skegness Academy (a secondary) to Requires Improvement. Greenwood took on its sixth school in Skegness (Seathorne Primary Academy) in September 2019. The school has not yet been inspected by Ofsted.

The Trust is currently developing an initiative whereby its pupils who want to become teachers, are supported with their teacher training fees. Since 2018, Greenwood has paid for five per cent of the training fees of Newly Qualified Teachers if the trainee then teaches in one of its schools – encouraging them to stay in the town.

Early in 2020, Greenwood switched its schools to a two-week October half term to support parents unable to take summer holidays because they work in the local tourism industry, and to reduce absence, and therefore attainment. The change means families and staff will be able to take advantage of more affordable holiday rates during early November when most schools around the country are back in school.