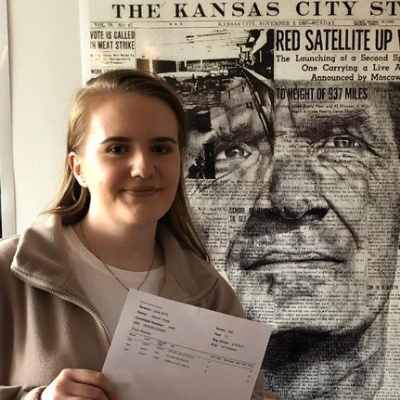 We are incredibly proud of the excellent results, which include:

“I am incredibly proud of the pupils and staff across the Trust and share in their excitement for these great results. As a Trust, we are committed to providing the highest quality teaching and curriculum for our pupils, and these results demonstrate the positive impact we are making in Key Stage 5 as we have previously shown to in Key Stage 4."

“I would also like to extend my congratulations and thanks to our pupils, parents, and staff who share in this success. I look forward to seeing our pupils thrive in their ongoing education and wish them all the best for their future endeavours.”

“Congratulations to all the pupils and staff at Nottingham Girls’ Academy, and the wider team at Greenwood Academies Trust, on reaching the culmination of so much hard work. A Level results day marks the moment so many young people will make choices that can shape the rest of their lives, so whatever path they choose, every pupil at Nottingham Girls’ Academy should do so full of confidence.”